Should DBA.META.SE Have a Featured And/Or FAQ Tag

Based on Max Vernon's recent Meta Post request for a MCVE Page in the Help Centre on DBA.SE I initially posted an answer with an alternative idea for making information visible. Because I changed my answer in response to Max' feedback, I still find the idea quite interesting and would like to bring it up again in a question.

Some questions and answers here on DBA.META.SE have some valuable information that I think should be rewarded with additional visibility.

Over on META.SE there are Q&A that receive a featured tag or a faq tag.

I propose that we introduce the same mechanism/feature for Q&As on META.DBA.SE

I think we should introduce a featured (or dba-featured) tag like on Meta which allows certain important posts to be tagged and locked in an orange box in the side bar. 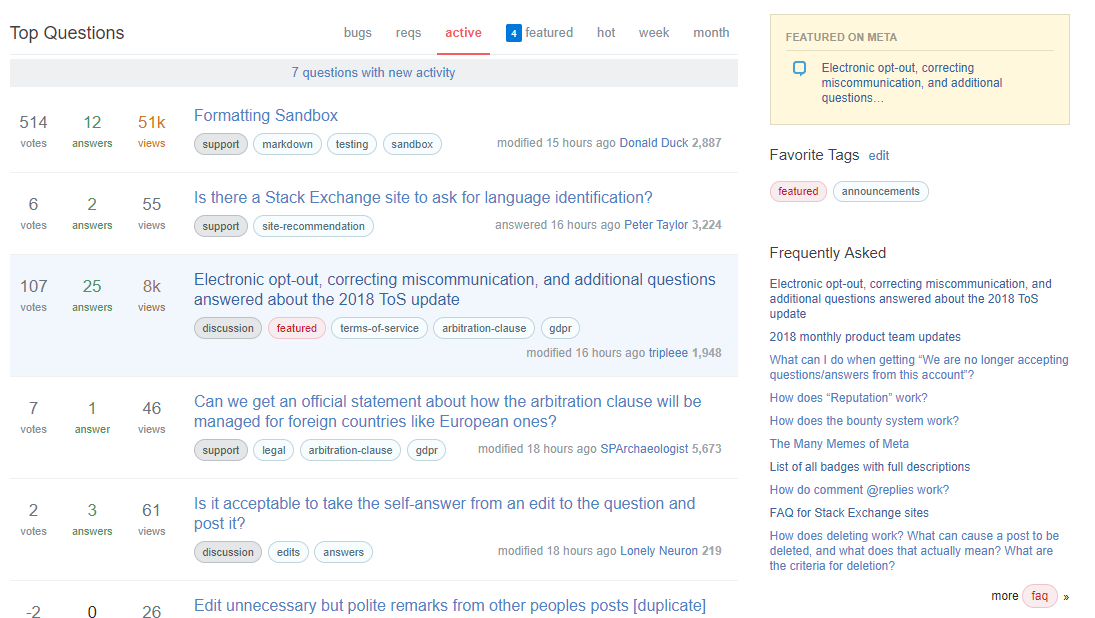 We could supplement the featured tag with an faq tag that would allow us to have a list of important Q&As in the side bar like in the above screenshot taken from META.SE.

Moderators will be allowed to set the tags on Q&As in DBA.META.SE that should be either featured and/or deemed relevant as faq.

What do you think?

We already have both featured and faq. Both are moderator only.

The "frequently asked" section is currently only populated for meta.SE and meta.SO. If you would to see this added to our local meta, please contibute to Pinning/sticking good (canonical) questions/answers to top of board

Not the answer you're looking for? Browse other questions tagged discussion feature-request .

6
Pinning/sticking good (canonical) questions/answers to top of board

6
What constitutes a SQL question? When to tag SQL and when to tag something else?
8
What should our logo and site design look like?
7
Should our FAQ draw a line for “DBA” SQL questions and “SO” SQL questions? Is there one?
13
Should 'trivia' questions be off-topic
2
Should there be a tag for classroom help?
3
Merge date, time and datetime tags
6
Should Very Old Questions Remain Open on DBA.SE Even Though They Don't Have Answers
8
Removing the SQL tag
0
Feature Request EOL Tags