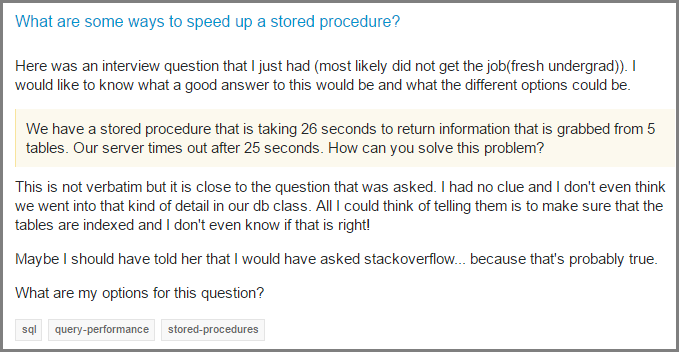 Welcome!
This site is for discussion about Database Administrators Stack Exchange. You must have an account there to participate.
Help
Visit chat

1
Why was this question closed?
7
Improving our Stats
14
Why are database developers' Q&A migrated to DBAs site
10
What does a Database Adminstrator do?
5
Why is this question downvoted so much?
10
Why was this clear question downvoted?
5
Subjectively speaking, is my question salvageable?
10
Why are related / similar questions being closed as duplicates of questions that they aren't duplicate of?
6
Closing questions as off-topic when they belong on our site